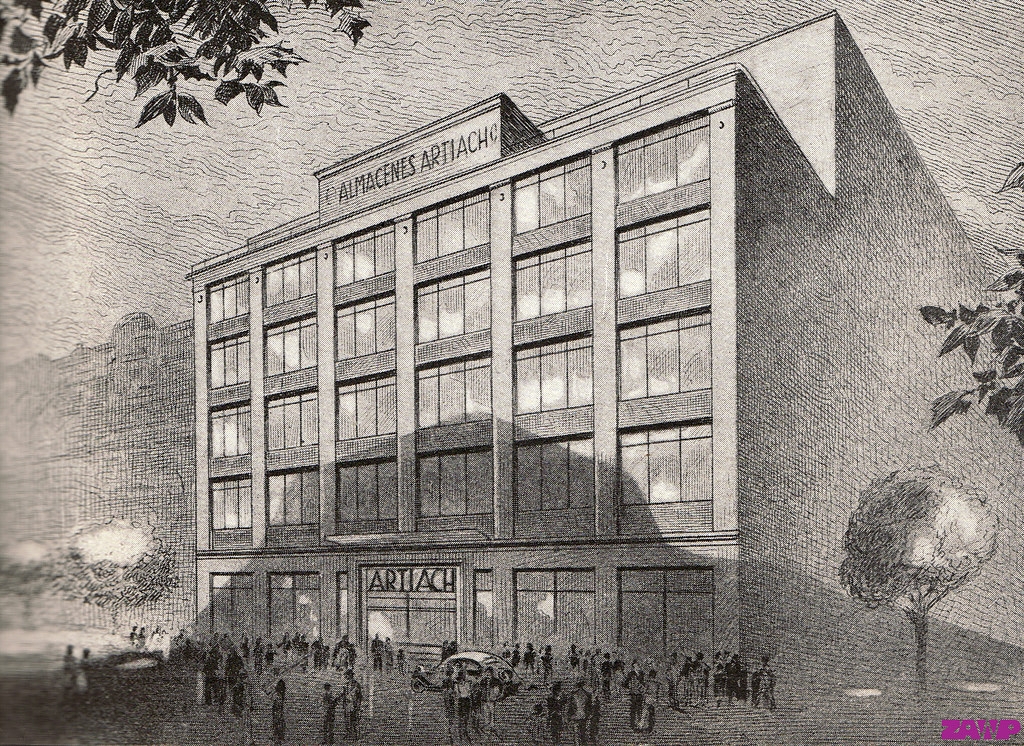 This building was the first one designed and built to be a biscuit factory in Spain. Its designer was the engineer of the same family José Artiach Gárate.
In 1923 the factory had 67 people on staff, 55 of them were women.They received between 3 and 9 pesetas per day depending on their specialization. In 1924, with 88 workers (63 women), they established a shift system with which they manufactured 18 tons a day, double than until that date. In the 40s there were 600 people working at Artiach. In the 70s the factory experienced a period of splendor in its plant of Ribera de Deusto, reaching up to 800 people. Manufacturing, although industrial, needed a lot of labor.

Later Artiach was divided into different premises being occupied by different owners such as Comercil Férrica S.A.

Since 2012 the building has hosted several cultural projects.

The urban plan of Zorrozaurre contemplates the conservation of part of this industrial building.