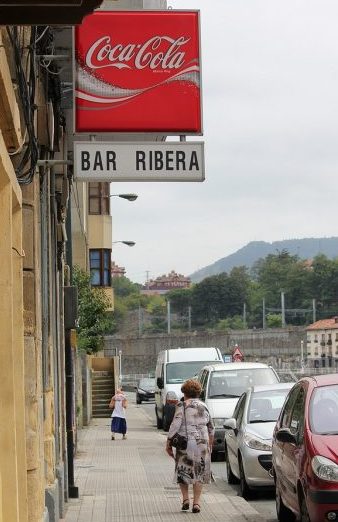 Among a lot of years Ribera Bar was managed by Luis “El Chapas” and his partner Mari Mar, neighbors from Ribera de Deusto during their whole life. At the bar took place the best card plays and on Sundays it even worked as a rustled up hair salon.

Before being a bar it was occupied by some other companies such as Electricidad Uria.

For more than 10 years Ribera Bar was managed by Vanesa and Jon Ander, who helped her during the afternoon. In the pictures we can see the bar before and after the rehabilitation as well as Raquel, “The Grandmother” during her goodbye for the retirement from her position as a cook at “El Ribera”.