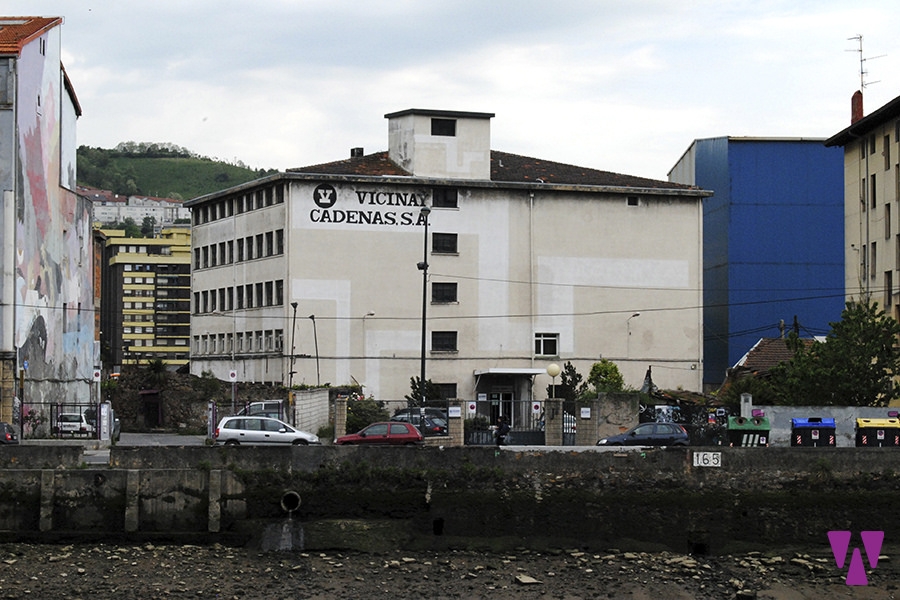 Vicinay Cadenas S.A. is a company of family origin born in Otxandio (Bizkaia) more than 200 years ago. In 1929, almost from the beginning of his career, he settled in La Ribera de Deusto, managing to form over the years the broadest industrial space in the area, made up of several pavilions.

Since 1957 the company starts to settle in European countries such as the United Kingdom and Norway, and begins to export to the United States, Brazil, China, Singapore or Malaysia among others. Since the mid 90s Vicinay has been at the forefront of manufacturing chains for the oil industry. The chain that Vicinay produces is continuous; there are no cracks or cuts between the links but they are hot-bonded so that it is impossible to break or separate them.

Approximately in 2014, Vicinay Cadenas began its progressive transfer, opening several branches and moving its production center to a new plant in Sestao. Most of the pavilions that made up the space occupied by the company were demolished in 2018. That same year, the neighbors began to use the former company’s office building as a socio-cultural space under the name Bizinahi.
This is one of the buildings preserved within the Master Plan, and intended to be the headquarters of Tknika, a center for applied research and innovation in professional training.