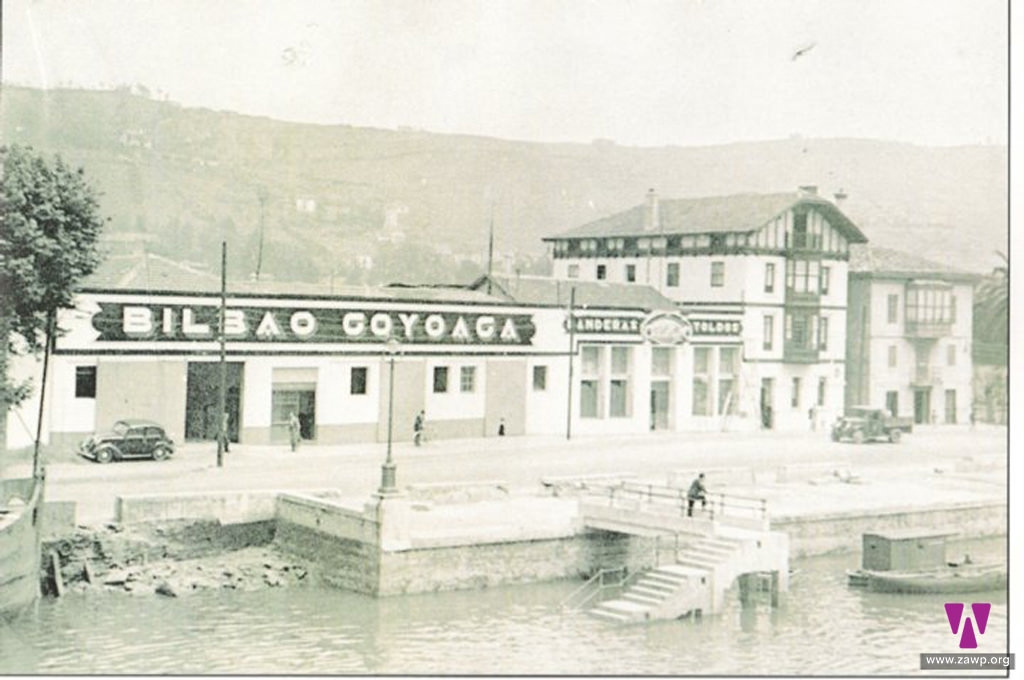 In the begining there was a tidal mill in the place where Lonas y Toldos Bilbao Goyoaga factory was located. The Lemonauría farmhouse was built later on when the land was drained.

In 1833, Juan Bilbao-Goyoaga built a factory that produced tarpaulins, ropes and sails for boats in the same location. The factory served as supplier for the ships built in the estuary or moored in the port. In 1911 the premises suffered a fire that destroyed its facilities and the residence of the Goyoaga family, so they were forced to build new pavilions.
When Shipyards disappeared the factory adapted its activity and specialized in the manufacture of awnings used for facades or as protection from the sun. This new productive activity was a success until the late nineties, when the company suffered a major crisis and was forced to get rid of the staff and sell the factory in Ribera de Deusto to the Bilbao City Council.

The building disappeared in 2005 although a panel of tiles from 1912 was preserved from its old façade.