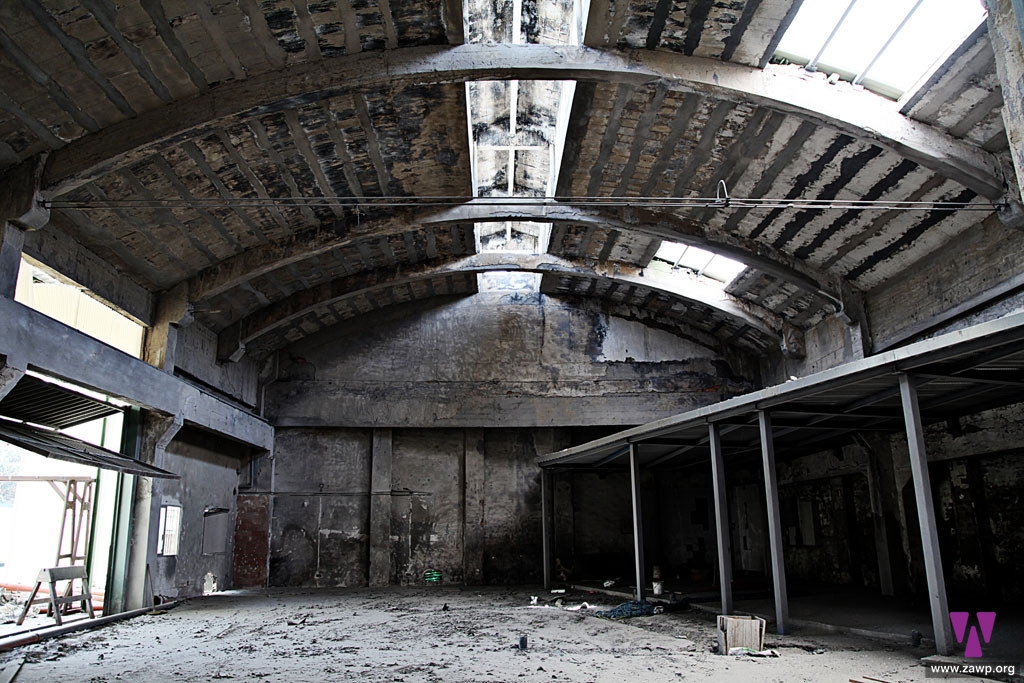 The building known today as Papelera (spanish for Paper factory) was built in 1958 by Industrias Taibo. The company, dedicated to iron, moved to this building of Ribera de Deusto probably after its primitive factory was affected by the works in the canal. After Taibo industries, the building was occupied by Papelera Nervión paper factory, property of the Arzoz family. This was the last company that used the space, after which it remained empty for years.
ZAWP began to enter into conversations with the owners of the building and with the institutions to try to find a way for its conservation and recovery, since it was out of planning.

In 2012 as result of the work in collaboration with the Basque Industrial Heritage Association, the building was classified as public equipment within the Zorrozaurre Special Plan. In 2018 it was published that it would serve as the headquarters of Kunsthal Design Center.